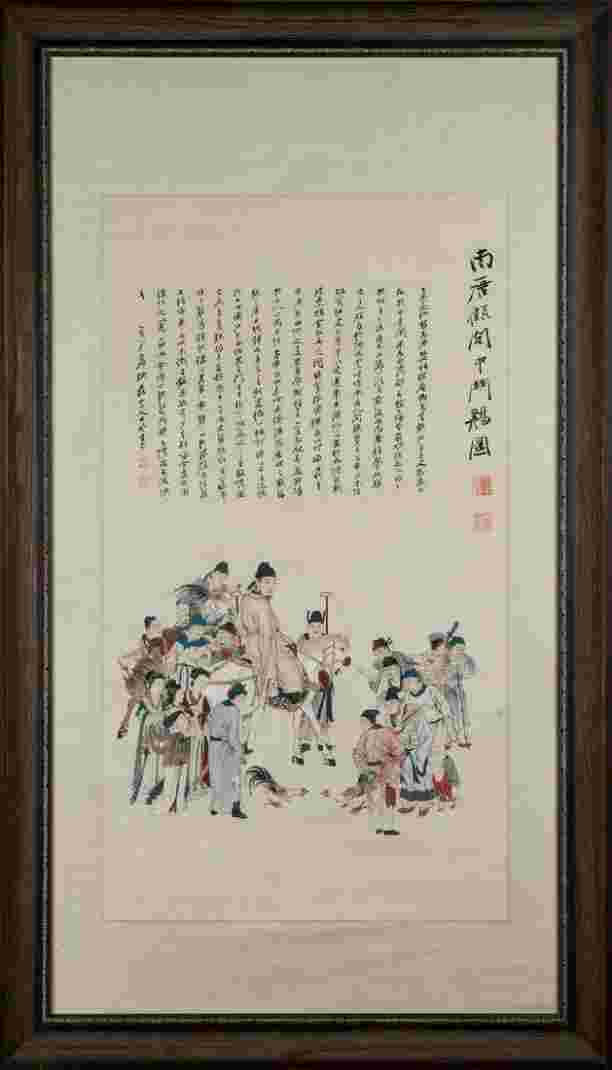 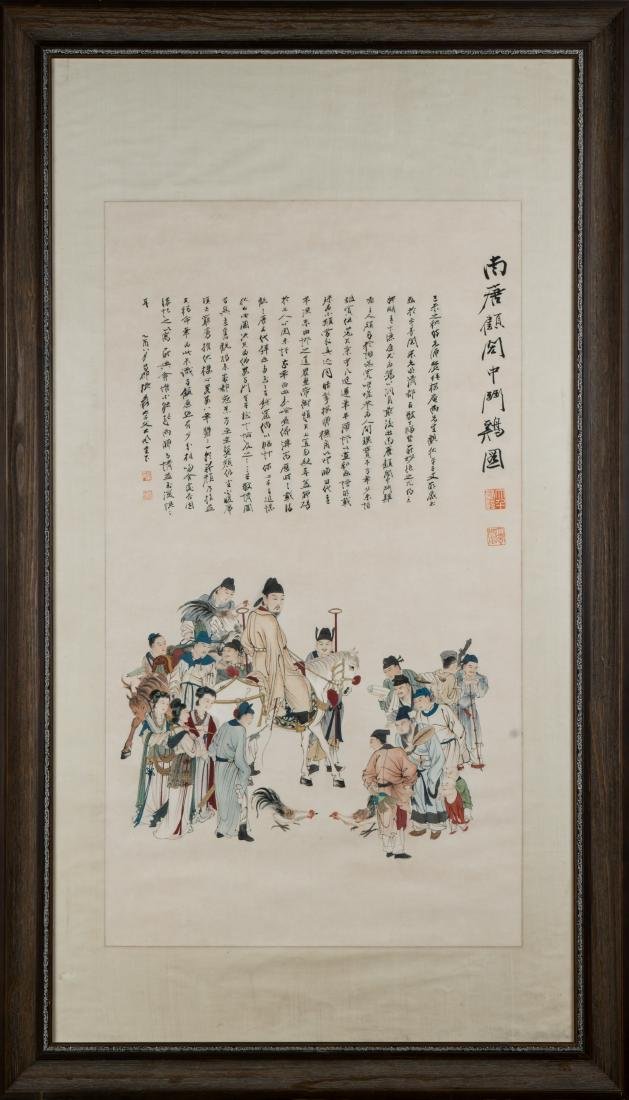 Zhang Daqian (張大千; 1899-1983) Framed Chinese traditional painting, ink and color on paper laid to silk, signed and dated. In the Eighth month of Yiyou year (ca. 1945)
A Lively throng of court officials gather around to watch two cockerels fight, by Zhang Daqian (1899-1983). Initially pigmented wash was laid upon the paper and soon after the artist came aback to add details with uncanny precision. This depicted scene captures the daily life of many Chinese people during this period and gives a valuable glimpse into history. Above a concise calligraphic account is recorded and stamped with four separate red artist seals. Matted on pale-creme silk, wooden framed, and set behind glass.