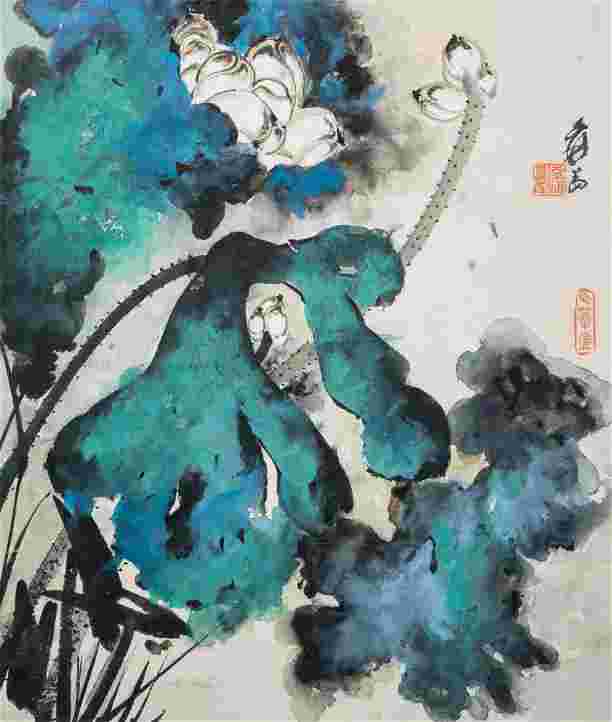 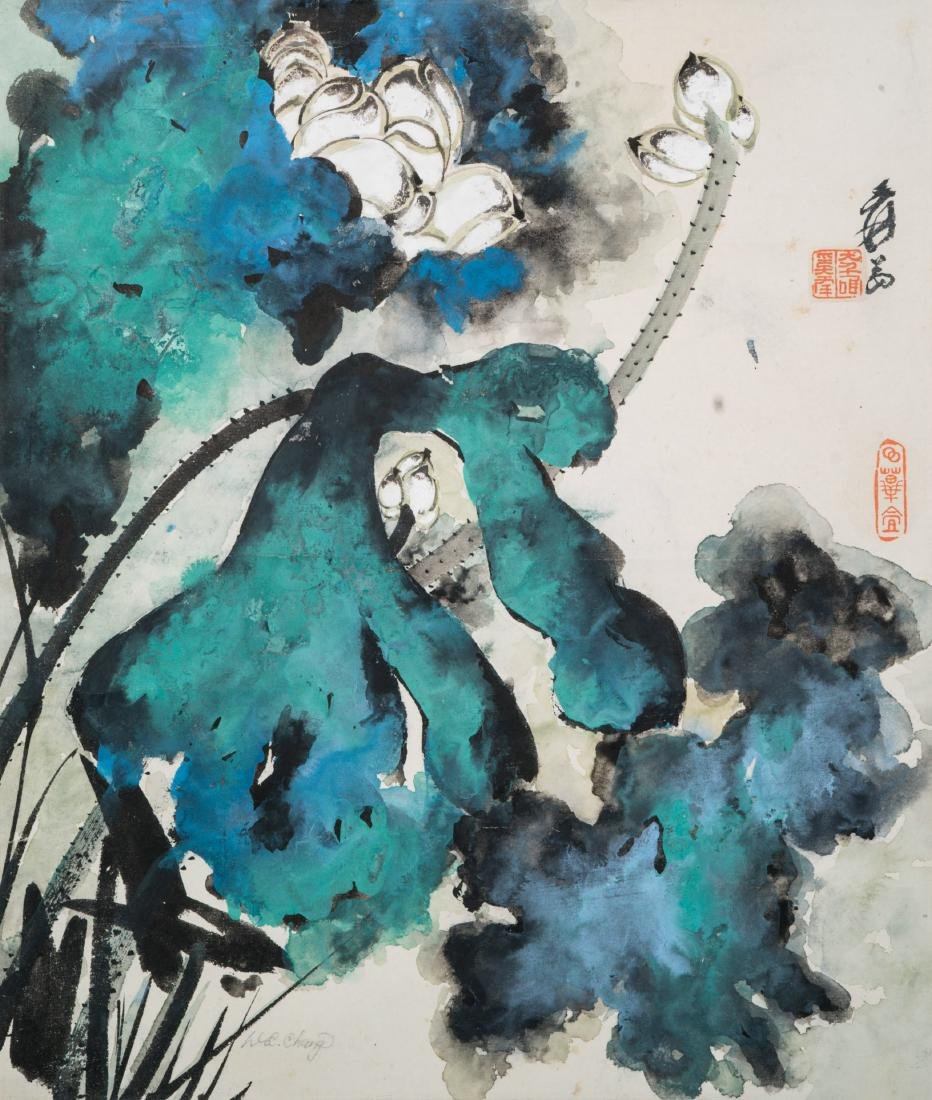 Zhang Daqian (張大千; 1899-1983) Chinese traditional painting, ink and color on paper laid to silk, signed.
Celestial Lotus buds and blooms emerge from spiritual cloud-form to create a mesmerizing composition, by Zhang Daqian (1899-1983). A lotus flower symbolizes truth, fertility, and purity. Each stalk is represented with individual fibers lining the surface making a stubbled texture. The grass was painted in dark ink which contrasts greatly with the pale paper. There is a short semi-cursive phrase on the right edge followed by two red seals. A signature is noted in the bottom right corner. This painting is attached to a robust matte and scroll.